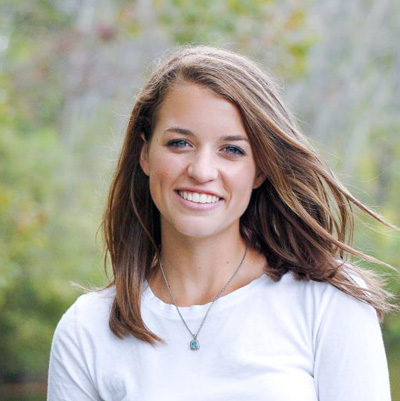 Passions
Blissie was born and raised in Charlottesville, and truly believes there’s no place like home. She grew up playing all different kinds of sports, but her favorite was field hockey. In this arena, she achieved the goal of attending her dream school, UNC!

During her athletic career, Blissie played four years on the Women’s Field Hockey Team. She went to four NCAA Final Four tournaments, two National Championships, and the Tar Heels won the 2015 ACC Championship title. She was on the National Field Hockey Coaches’ Association Academic Squad and was a member of the 4.0 Club at Chapel Hill.

Blissie enjoys spending time with her family and friends as much as possible (especially at the beach). She loves traveling and is a total foodie. She also likes running and hot yoga.

In her role working for Craig Builders, Blissie is able to help buyers build their dream houses while getting to meet and know amazing people.